Can data literacy and good data visualization save lives?

Some of us have seen movies that portray stories with moments where the characters rely on math and science to save the day; some of which are true stories such as Apollo 13. When is data literacy and the use of good data visualizations a matter of life and death? Do these moments actually exist?

Today is August 30, 2019, and hurricane Dorian is slowly moving toward the east coast of Florida, while many of us turn to the news for updates on the storm to try and determine or gauge the level of risk in our areas. This is a good example of a scenario where good data visualizations on the forecasted path of the storm and its impact is critically important. Equally important is our understanding of those visualizations and our data literacy when it comes to consuming this type of information. Both of these are factors in potentially life or death decisions that we may be forced to make in the coming days or hours.

Let's start with the common cone of probability visuals that highlight the area which encompasses all of the most likely paths of the storm based on the various predictive models run by all of the news and weather organizations such as NOAA.

So what is wrong with this image? To start some people believe that the area highlighted in red represents the area at risk or the area that will experience hurricane-force winds and weather conditions. This simply is not true. The area in red illustrates the area in which the eye of the storm and not the wider hurricane itself will impact. Some other problems with this visualization are that the hurricane icons also do not convey any information regarding the size of the storm but simply show the possible location (the average or center point of all of the models) of the eye of the hurricane at the given time. This position is not even an indicator of the most probable location and is not weighted by what the majority of the models predict. The last issue with this visualization that I will mention is the fact that the white lines indicating the possible location reached at each point in time indicated are a straight line, which is highly unlikely to be accurate. Below is a slightly better version of the cone visualization where the lines indicating the area reached by the storm at each point in time are adjusted to be more realistic while lacking context regarding the predicted strength of the hurricane at each point in time. 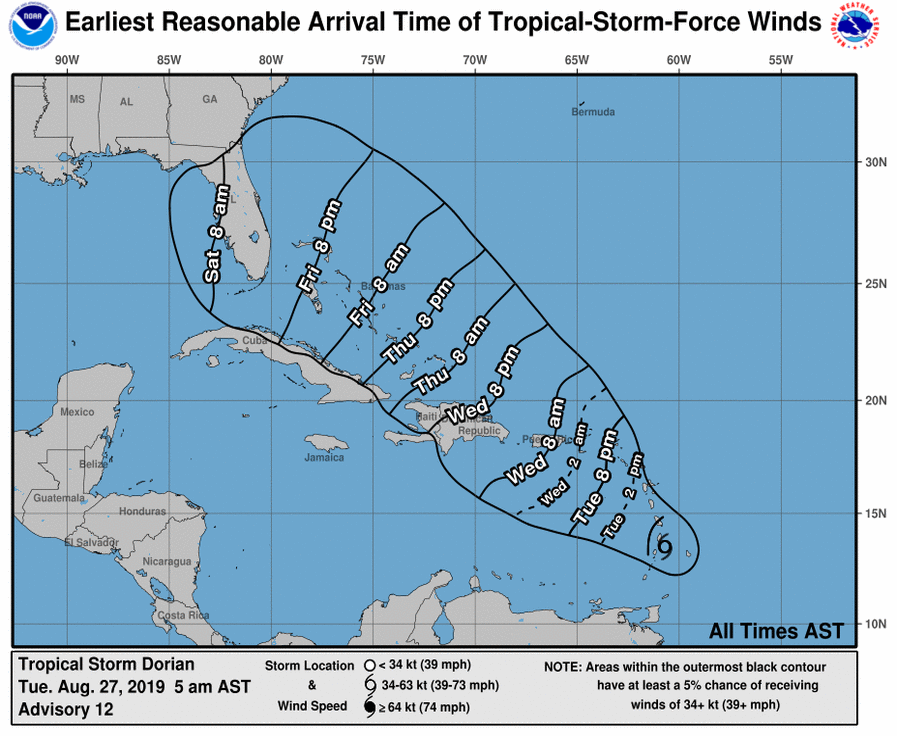 Next, are the spaghetti model visualizations that try and do a better job at showing the underlying predictions for the various weather forecasting models by displaying the individual lines for each predictive model separately. This visualization provides little to no context regarding the strength of the storm, the historical accuracy of each predictive model used, or the speed at which the storm is traveling; all of which are important questions if you are planning to secure what belongs you can on your property before possibly evacuating to a safer area. This image looks more like something my three year old would draw, and less like something I can confidently make life or death decisions based on. 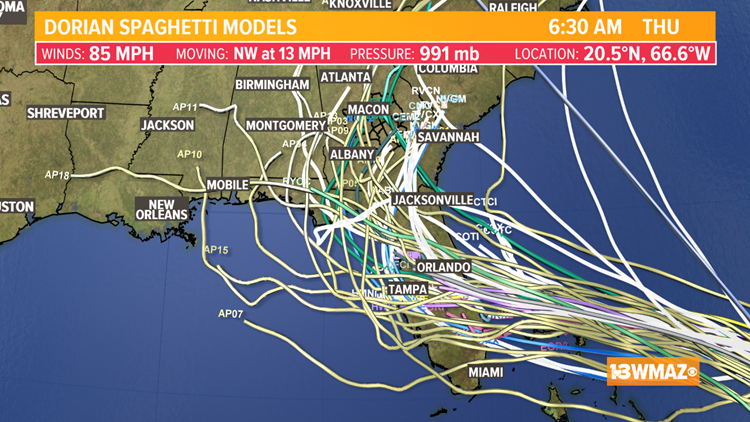 Possibly an effective compromise is the following data visualization that shows the probable area in which the eye of the storm is likely to travel along with several of the most probable predicted paths. Still, this lacks context for the layperson in regards to the actual threat posed by the storm and what areas the storm will hit hardest. So far all of the visuals considered fail to indicate in a clear way what areas are truly at the highest risk. After all, each predictive model may also have the storm making landfall at different strengths and maintaining its strength for different amounts of time, pieces of information missing in part or all together in all of these images. 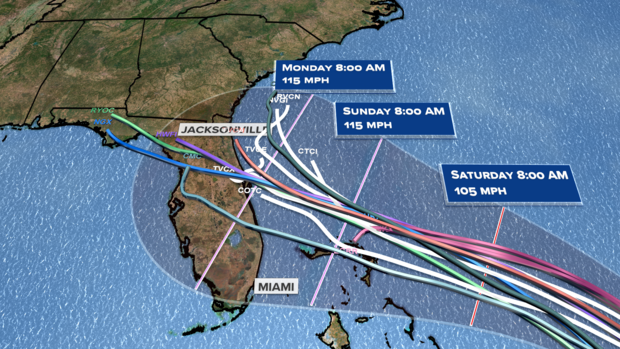 Unfortunately, there is no perfect answer as to what the best visualization is to convey this type of information accurately and in a way that everyone can understand. This is because large storms such as Dorian are difficult to predict and the damage caused by the storms can come from many different aspects of the storm including sustained winds, wind gusts, storm surge, torrential rains, and lighting. There is also the fact that some people will not read and understand the visualizations they see on TV and online, and they will not choose to evacuate even when the circumstances warrant it. The number of lives lost in major storms could be greatly reduced by the use of better visualizations that are more understandable by a larger audience with varying degrees of education, and by educating communities on how to read and react to the information they are given, increasing their data literacy.

There are also other forms of data literacy that are becoming increasingly important every day. Including things like Environmental Literacy which can help us understand more about our environment and how it's changing. Which may impact the decisions we make in our daily lives regarding conservation, sustainability, and the use of clean energy. Increased Environment Literacy may also impact what causes we support and how we even view and react to different developments on the world stage. To learn more about Environmental Literacy check out https://enviroliteracy.org/ for more information.

Interested in learning more about our products and services?